TPS has been extended for Hondurans and Nicaraguans

Recently USCIS has extended Temporary Protected Status (more commonly referred to as TPS) for eligible individuals from both Honduras and Nicaragua. The re-registration window was opened on October 16, 2014 and is open till December 15, 2014. This means that eligible indi 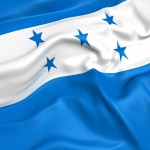 viduals can now get both work authorization and a reprieve from deportation from January 2015 till January 2016.

If you’re sure what that means don’t worry and read on as I provide a general overview of the process below, but I would recommend speaking with an attorney to help you with the process to make sure that you are doing everything correctly so contact us today and let us help you through the process.

Only individuals from certain eligible countries, such as Nicaragua and Honduras, can apply for TPS. For a full list of who is designated and the relevant time periods, which I further comment on below, visit the USCIS website.